March 8 2022 marked the International Day for Women. This year’s theme is “Breaking the Bias.” The Milton Reporter asked what it meant to women in the community.

For Laura Newton it means demonstrating equality for her daughters. “It’s always been important in our household anyways me, and my husband are equals.  And I think that’s where my voice has been heard the most is with my girls. You can do what you want, you don’t have to fit into a box,” she said.

She’s determined to show her girls that example. “I want them to grow up strong, and independent, and successful alongside any man or not,” she added.

Lena White grew up in the United Kingdom where there were plenty of role models. Margaret Thatcher was Prime Minister, she had female teachers, and her church minister was also a woman.  She tries to be a positive influence on her daughters, and the other young women in her life.

“If I grew up in a corporate world, it would be something you’d think about heavily,” she said. White is self-employed, running her own business on Main St. “I don’t feel it as much, because I grew up with a lot of strong women,” she said.

Jessica Brown is a student at Western, and she often deals with bias as a woman of color.  “It’s understanding that stereotypes are fitting people into a box, or a way that they are supposed to act,” she said.

Brown recognizes ending the bias will take time. “Getting to the root of people’s way of thinking will be the most impactful, and where I think we will see the biggest shift,” she added in a statement. 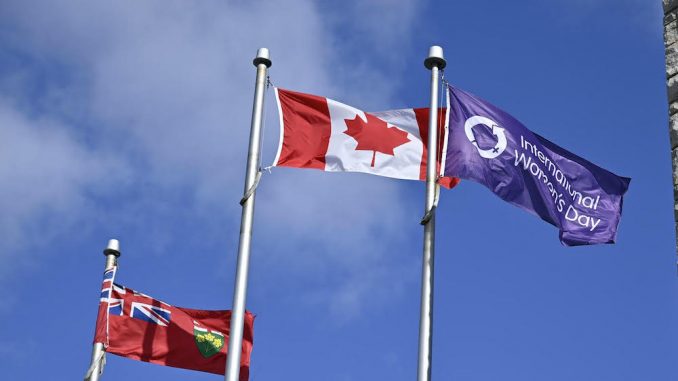 Kathy Sellers is the Advocacy Chair for the Canadian Federation of University Women. “It has been a wonderful way to meet women interested in gender equality, fighting for the rights of women and girls, and make new friends,” she said during a phone interview with the Milton Reporter.

Break The Bias means, “Full equality is possible,” Sellers said. Over 100 women represented Team Canada at this year’s Beijing Olympics. Canadian women occupy almost 1/3 of the seats in Parliament. Despite the progress, there is still work to be done. In 2020, women made 89 cents for every dollar made by a man.

Potential members only need to be passionate about the rights of women, and girls, fight social justice, and preserve the environment.

“Gender equality is everybody’s job. We can fight to make Canada a more gender equal place,” she said.

‘Fight for us,’ migrants urge Canadians on Family Day

February 22, 2022 Mohsin Abbas Immigration Comments Off on ‘Fight for us,’ migrants urge Canadians on Family Day

By Ross Brown – The Milton Reporter Staff The office

How to survive a winter emergency

December 18, 2018 News Canada ARTS & LIFESTYLE, Travel Comments Off on How to survive a winter emergency

It’s always important to be prepared before hitting the road.

Krantz Returned to Office for a Fifth Term as Mayor

MPTG Returns to The Stage